Today marks ten years since I first met my husband. A decade. A third of my life I’ve now spent with this man. 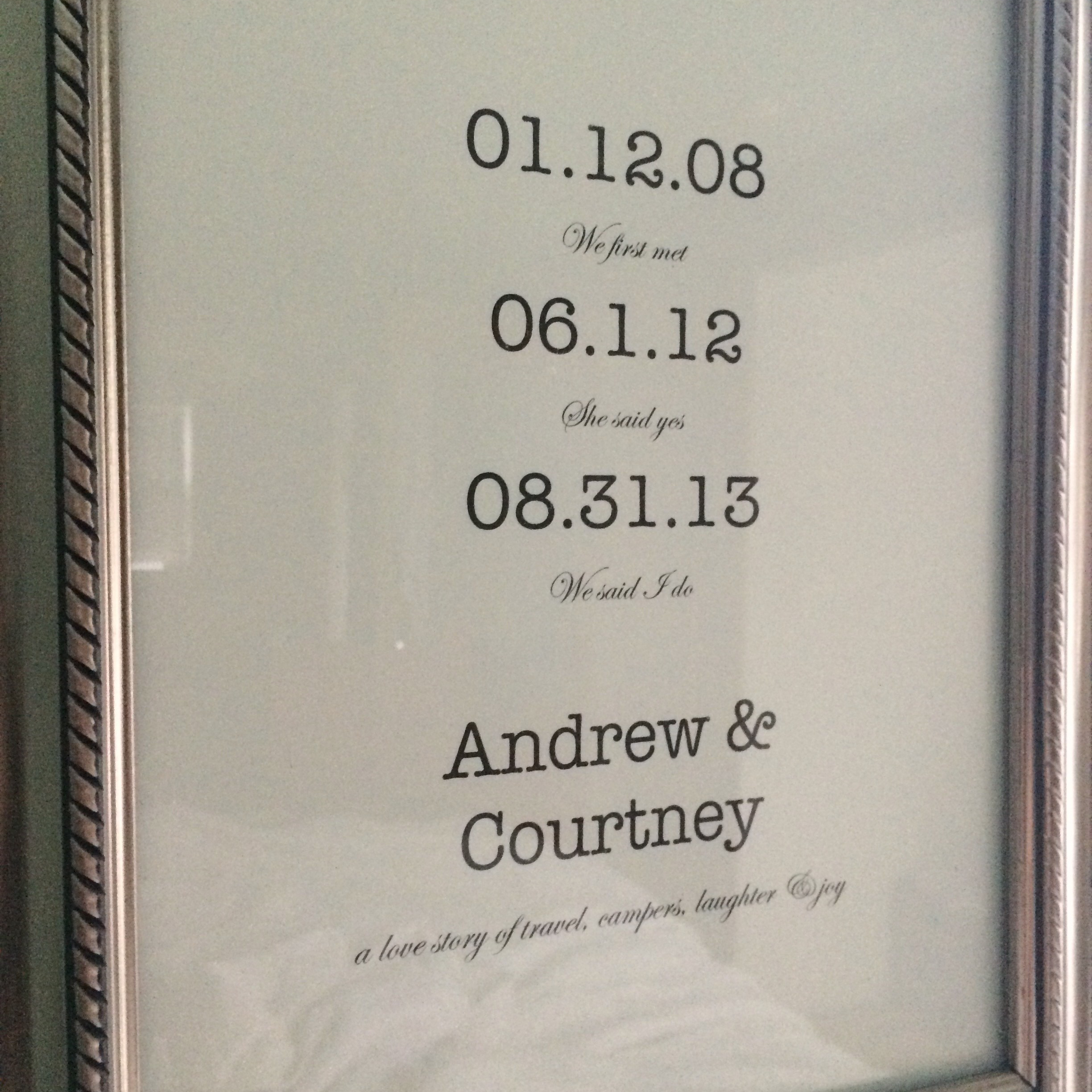 When I think back to that fateful night ten years ago, it feels like the time that’s passed is both a lifetime and a blink. In the span of the last decade there have been countless moments and memories that have shifted and shaped us, both individually and as a couple. We’ve grown up and grown out of bad habits and grown into ourselves and grown together. The evolution of it all is wondrous.

There was the beginning. There was the late night with too many drinks and bad dance moves and his irresistible dark eyes and sweet crooked smile. There was our first date. My sick day off work and my warnings of being contagious and his reckless abandon as he kissed me anyway. There was my move halfway across the world and the awkwardness of saying goodbye to something that was still nothing. There was the crushing loneliness of knowing no one in a new land and spending hours at a European Internet cafe just hoping I could connect with him. There were entire nights spent chatting online because we were young and had all the time and energy in the world to burn. And thousands of miles couldn’t dim our spark. There was him flying halfway across the world to visit me. The glimpse of a familiar stranger in a foreign place. There was the love that sprouted as we traversed new territory, even though we weren’t yet brave enough to give it a name.

There were the adventures. Oh, the adventures! There were the 7 countries we trekked through, devouring food and culture and experiences and laughable moments. There were the countless states across this great nation, stretching from the southern tip of Florida to the furthest reaches of Alaska, upon which we’ve made our small but meaningful marks. There were planes, trains, and automobiles; and mopeds, gondolas, and donkeys too. There were missed trains and sleeping outside on station benches. Or airport floors. There were broken bones and crutching over cobblestone. There was the warmth of the Grecian sun kissing our skin and the chill of ancient ice glistening on a glacier. There were alligators and pythons and orcas and eagles. There were mountains climbed and vistas viewed. There was the magnificent flying, just the two of us soaring  high above lakes and rivers, hills and valleys. The most unique and beautiful way to experience this gorgeous Earth. There were more places and people and experiences that have taken our breath away as we’ve explored the world together over these first ten years than I could ever hope for in a lifetime.

There were the places we came home to. There was Maryland and DC, Florida and Tennessee, and now Illinois. There were crowded college houses and quaint city apartments. A tiny travel trailer and abodes shared with relatives. A house covered with dog hair and a home filled with all the joys and messes of children. There’s our conflicting zest for more travel and adventure mixed with our fervent desire to settle somewhere we love.

There were the leaps of faith. The jobs left and the passions pursued. There were the foolish but fun choices and and the vehement refusals to live according to someone else’s plan. There were the moves and the upheaval; the packing and the unpacking. There was the striking out on our own and encouraging the other to blaze their own unique trail. There was the catching each other when we fell and supporting each other when we floundered. There is the seemingly reckless but ultimately unwavering faith we have in one another to pursue our best lives; together.

There were the life transitions and momentous milestones. The moving in together and rearranging our lives for one another. The walking down the aisle and rings exchanged and vowing to love each other for the rest of this life. There was the heartwarming joy of growing new lives together and welcoming our children into this world. There was the heartbreaking grief of shepherding life out of this world and figuring out how to go on living.

And there were the heavy and hard times. More than we’d probably care to admit. There were the dreams shattered and hearts broken. There were the harsh words spoken and tears brought forth. The blame and shame and resentment and restitution. There was the bickering and the fighting. The honest miscommunications and the blatant bitterness. There was the questioning of whether this relationship could be or should be. The wondering if we were broken, and if we could be repaired.

Then there was the learning. The learning how to give and how to take. The compromising. There was the pushing and pulling to bring out the best in each other. The seeing through the broken cracks to discover new light in the other. The calling out of that light and trusting the person and the process. There was the embracing what truly matters and letting go of the rest. There was the realization that we’re in this for the long haul so we have to put in the effort, because nothing good ever comes without a little (or a lot) of work.

And there was, and of course still is, the love. Always the love, ever evolving. First burning hot and fast under the guise of desire. Then steadfast and righteous and ardent, followed by raw and vulnerable and real. Now all of those things combined, faded slightly in intensity, into the comfortable commitment that comes from spending a decade together. Strong and steady and simple. There were the small seemingly insignificant daily acts that formed the love song of our life. There were the million moments when we chose us and chose love, when we could have chosen something different.

There is the now. There are the sleepless nights that a decade ago were spent drinking or dancing or talking and now are spent caring for sick children. There are the soothing messages with scented lotion that have been replaced by the tender smoothing of vapor rub on our always sick and tired bodies. There are the beautiful babies and jubilant laughter and simple pleasures. There are the heavy burdens of responsibilities that accompany adulthood, and especially parenthood, and the effort not to let them consume us. There are the extraordinary joys we’re creating that often go overlooked in our ordinary life. There is the continual choosing, every day, to love one another and to carry onward on this well worn but still entirely unpredictable path together.

Here’s to the next ten, and the many more to follow.

One response to “The First Ten”